With the announcement of a new expansion, we have some more mechanics and keywords that are to be introduced along with it. The first of these are the new Hero Cards.

Hero Cards utilize a mechanic similar to how Lord Jaraxxus replaces your Hero with himself, only instead of playing them as a minion, it functions similar to a spell. We don’t have any info yet as to if it is affected by cards that interrupt spells, such as Counterspell, but it’s believed to be neither a minion nor a spell card, but somewhere in between. Each class will receive one of these as a Legendary card, and all of them have different effects. For starters, when played, they will not alter your health total, but instead, give you a bit of bonus armor points when played, as displayed on the card. They are also capable of having Battlecry effects trigger when played, which has left us wondering whether or not we will see other keywords come into play using this new card type. Finally, with a new Hero comes a new Hero Power, and from what we’ve seen, they are certainly unique. The one Hero Card that has been announced so far is Deathstalker Rexar:

And here is his Hero Power: 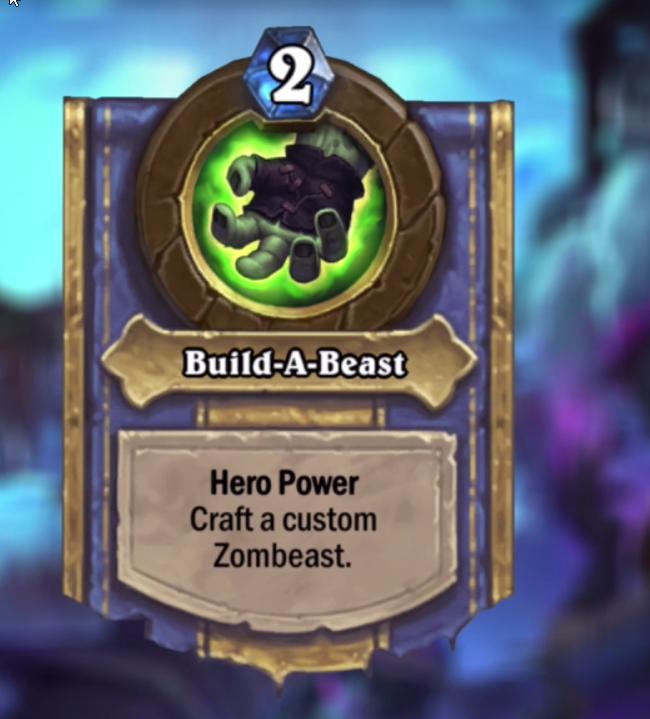 This Hero Power (as explained in the announcement video below) discovers two random Beast cards and combines everything about them, including Mana cost, health, attack, and card text. This, of course, can lead to some pretty crazy and likely quirky combos, which we couldn’t be more excited to try out.

Next up is the Lifesteal mechanic. Similar to the Lifelink mechanic from Magic: The Gathering, this will simply restore health to your Hero equal to the amount of damage that the minion or spell with Lifesteal inflicts on any target.

As always, the diligent users of /r/Hearthstone have a Pre-Release chart that is updated daily, which can be found here. The cards we have now are, unfortunately, all we’ll be getting until daily card reveals will begin on July 24th. Here are the trailers and announcement videos that we’ve gotten so far: