The teams Unity Gaming and Fnatic will play in a match on 27.11.22. The opponents will fight at the Dota 2 tournament BTS Pro Series 13: Southeast Asia.

Statistics and the detailed information about teams:

Participants of the match had 0 matches between them 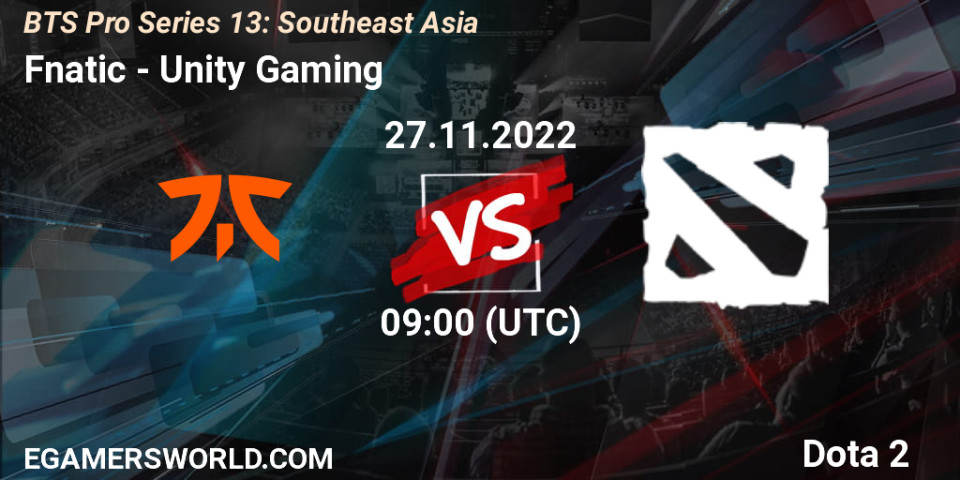