A match between the teams RedPack eSports and Kum Gaming will be hosted on 13.12.22. The teams will sort things out at the VALORANT tournament Valorant Balkan League - Season 3.

Statistics and information about teams:

A number of victories in the last 5 matches: Kum Gaming - 1 / RedPack eSports - 3 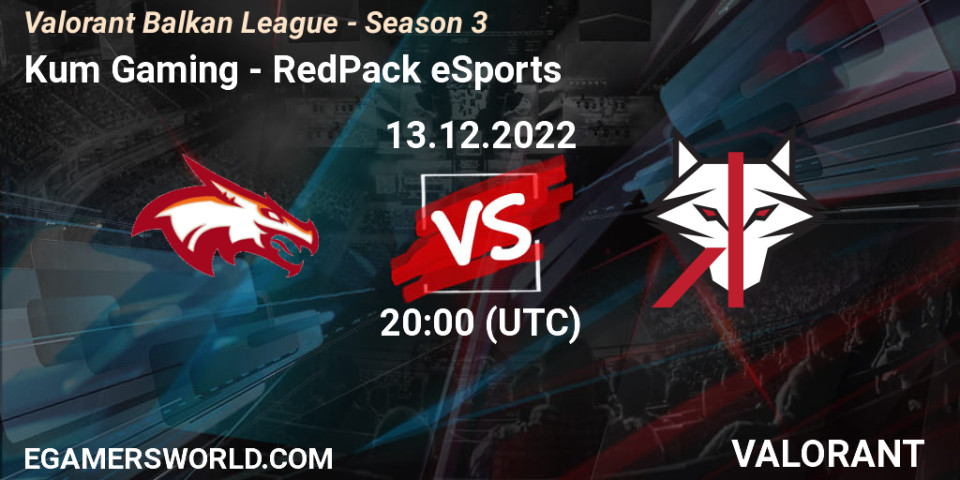