Blizzard is pushing towards a Control - Centered Meta, and here's how

Now that One night in Karazhan has been announced, it’s already clear that Blizzard wants to push for a more Control – Centered Meta with the expansion. 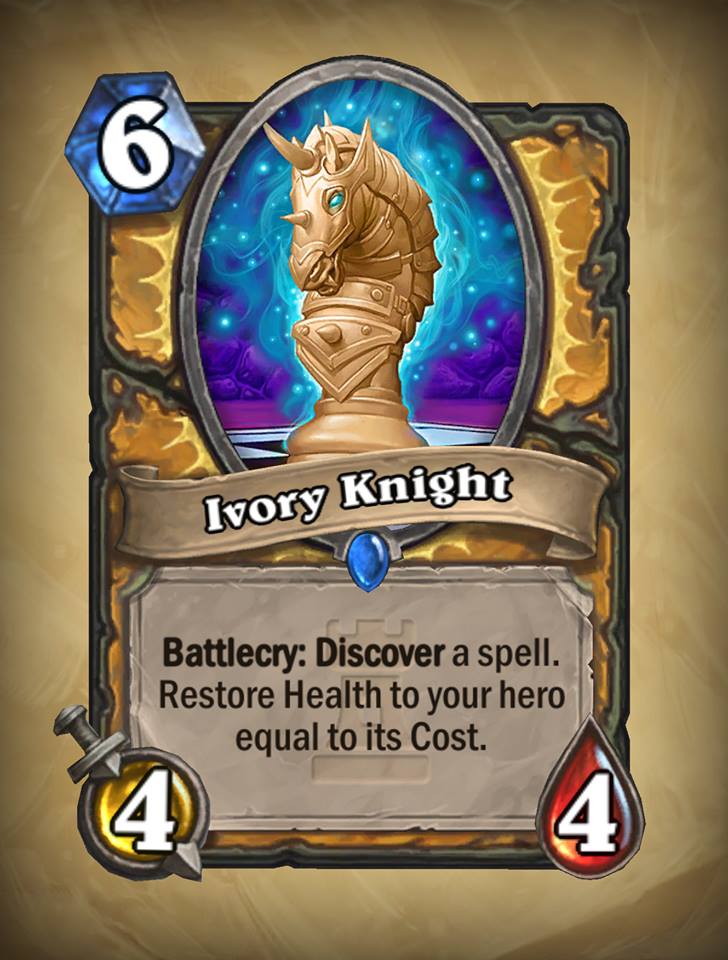 For starters, Ivory Knight is clearly a control card. Although Paladin specific, this card is similar to Azure Drake in the sense that you play it for the effect, not the Tempo. The average heal on this card is 3, but adding a card to your hand that can have a huge swing late game is really nice. This card alone could redesign a classic Paladin deck, being of the Control variant. Use it with N’Zoth or C’Thun archetypes, or maybe even Yogg-Saron, seeing as how it adds a spell to your hand!

Up next for the control variant is Barnes. This card, at first glance, appears rather Tempo based. It can pull something nice from your deck like Ragnaros, Sylvannas or Tirion Fordring, which pushes for board control. However, if you are running those cards to begin with, your deck is very likely to be Control based anyways. In a late game style deck, this card is a must have. Also, it’s a legendary, so it is very possible that you can find it from a Golden Monkey, and who knows the untold riches of value it might pull from your now all-Legendary deck.

Ethereal Peddler is also worth bringing up here. I think it would be fun to play a late game variant of deck that revolves around stealing your opponent’s cards, using things like Undercity Hucksters and Burgle, before reducing the cost with this card. Not too much to say about it but still, I think it will be fun. 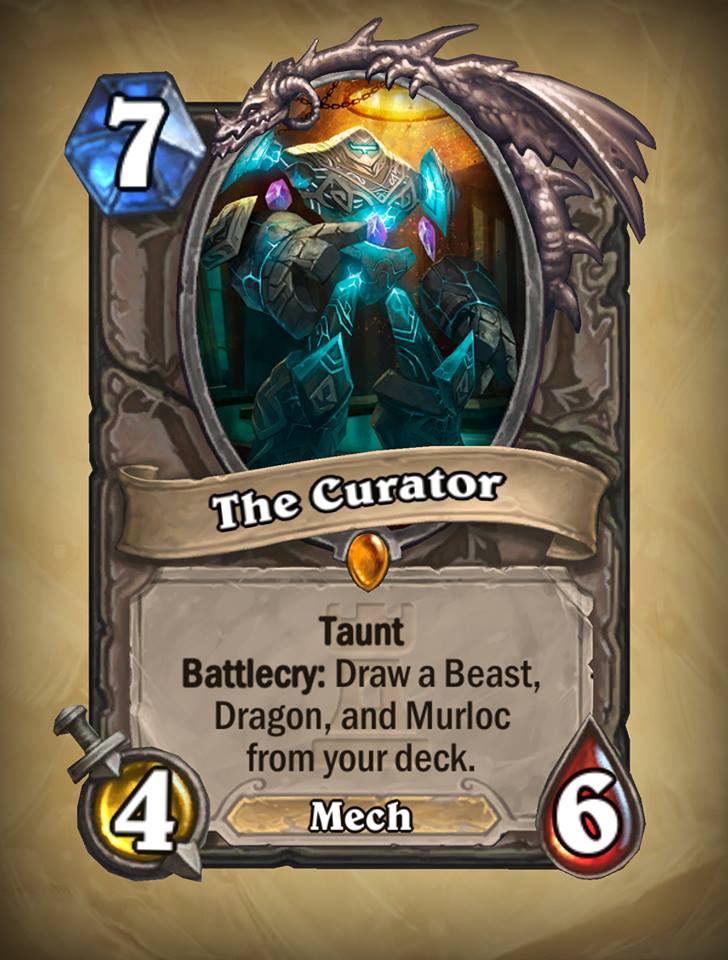 Finally, the Curator. Not a Museum Curator, apparently, but just a regular one. This card literally embodies every deck archetype in the game. It’s a Mech that draws a Murloc, Dragon and Beast. At first glance, this card looks pretty bad. Low stats for the cost, draws are not guaranteed, and it’s a Legendary, meaning it’s both expensive and you can only run one copy of it. Before we bash it too hard, let’s look at the upsides of it. Comparable to Ancient of Lore, this card can be considered valuable if it draws, let’s say, 2 cards. A dragon isn’t hard to come by. Lots of late game control decks run Azure Drakes and even things like Ysera or Nefarian if it’s a lower cost deck. Also, drawing a beast isn’t too bad either. Just about every control deck can use Stranglethorn Tigers, and in Hunter, things like Savannah Highmanes and other Beasts are easy to come by. Murlocs? I mean, let’s not worry too much about that. If this is able to draw 2 cards, it can be considered as good if not better than the pre nerf Ancient of Lores.

Let’s hope Blizzard pulls through on mixing in some Control decks in the Meta. In the meantime, enjoy the new card releases!